Getting Serious About Coffee

Coffee is serious business here in Colombia. It’s the third largest coffee producer in the world (after Brazil and Vietnam) and coffee makes up over 30% of the country’s total agricultural exports. So when we decided to do a blind taste test to find the best coffee in Medellin, we needed to get serious too.

No amateur tastings in someone’s apartment this time.

For this taste test we brought in an expert.

With his help, we discovered and crowned a surprising winner of the best coffee in Medellin.

From his mocha-colored skin, to his rich accent and caffeine-like enthusiasm for the industry, Juan Cano IS Colombian coffee.

Juan runs the Medellin office for Mercanta, a global coffee supplier. In his spare time, he has a coffee farm of his own Fredonia, leads tastings experiences with Toucan, and makes himself home in the cafés of Medellin.

You couldn’t find a more perfect person to help us find the best coffee in Medellin.

With Juan’s help, we came up with a plan to find the best coffee in Medellin.

It involved inviting a group of nine amateur coffee addicts to his tasting facility in El Poblado to test the medium roast beans (medium is best for tasting according to Juan) from ten of the most popular cafés in Medellin.

The beans we tested were:

Before allowing us proceed with the taste test, Juan insisted he give us a lesson on coffee.

In a whirlwind master class, Juan gave us an overview of the industry, explaining the differences between the world’s coffee growing areas, how climate change is affecting the industry and bringing new competitors into the market, the various ways coffee beans are prepared, and how roasting is a sophisticated art but similar to popping popcorn.

Our heads were buzzing and we hadn’t even had a sip of coffee yet.

With the theory finished, it was time for practice. Time find the best coffee in Medellin.

We measured out two cups of exactly 12.6 grams of each of the coffee beans. Two cups is apparently necessary to cover for the possibility that one might have tainted or irregular beans. Juan then individually ground them in the exact same manner to get the exact same consistency.

He then instructed us on how to test the fragrance of the beans by sticking our noses deep into the cups, sniffing hard, and noting how fruity, grainy, “roasty”, “veg-y”, and “caramely” they were.

Interestingly, Juan advised us to go fast and not think too hard. Doing so would allow us to better compare and contrast the odors.

After sniffing, Juan started his stopwatch, and methodically filled the 230 mL cups with water heated to the precisely correct temperature. He gave us precisely four minutes to smell and take notes on the essences of this freshly brewing coffee, then he “broke” the coffees—scraping off the foam and grains from the top.

Juan then passed out custom coffee-tasting spoons to each of us, showed us how to slurp coffee to best assess its taste, and set us free.

At last it was time to taste.

The nine of us chaotically slurped and jotted down opinons, sometimes spitting into plastic when the caffeine rush became too much or the taste too gross.

While there was the odd reflexive, “Ughh!” or “Mmmm!” we tried to keep our thoughts to ourselves so as not to affect others’ opinions.

About 25 minutes and many, many slurps later, each of us had ranked the coffees from first to worst. It was time to share our results, consolidate them, and crown the best coffee in Medellin.

The Winners (and Losers) of Best Coffee in Medellin

Scoring was done by each of the nine tasters awarding 10 points to their favorite coffee, 9 for the second best, and so on down to 1 point for the worst. We then added up all the points to come to a final score with an absolute maximum is 90 (if everyone ranked it as best), and minimum is 9 (if everyone thought it was the worst).

What became abundantly clear was that the coffees fell into four tiers:

Not Even For Free 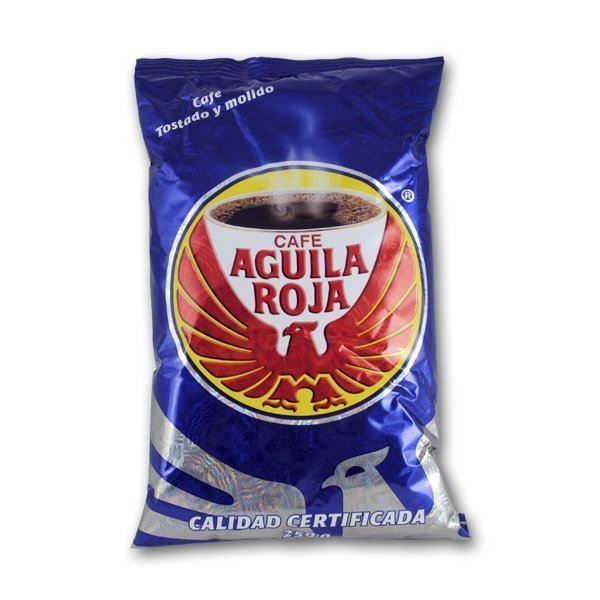 The top selling coffee in Colombia ended up in the bottom of the rankings, and it wasn’t even close. Eight of nine tasters judged it to be the worst and the ninth taster ranked it second worst.

The only thing Aguila Roja has going for it is its price, costing only 4,180 pesos per 250 grams. That said, you would have had to pay our tasters to drink more of it.

Compared to the other coffees in this taste test it was disgusting. 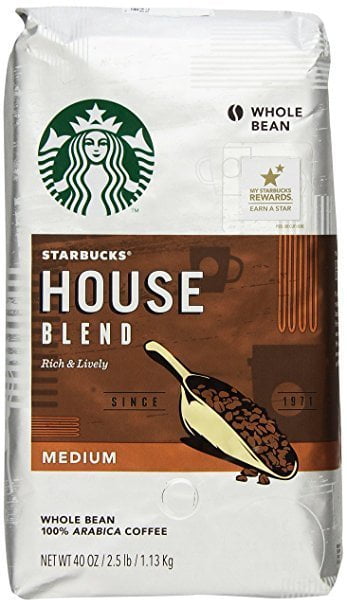 Starbucks’ was unanimously despised by our blind taste test panel. Not a single person ranked it better than 3rd worst out of ten. It tasted as burnt as your money would be if you bought these beans. (It was the 4th most expensive coffee we tested.)

Feel free to go to Starbucks to get work done. It’s an underrated in that regard because it has reliable internet and you can loiter there all day without feeling bad. Just don’t get their coffee. Maybe get a pastry or tea instead.

Juan Valdez is sometimes referred to as “the Colombian Starbucks”. Based on the results of our blind taste test, that appears to be true. And that’s not a good thing.

The only thing saving Juan Valdez from having as horrible score as Starbucks was a renegade taster who ranked it as his #1 favorite. Everyone else ranked it way towards the bottom of their rankings.

I can’t fathom how that taster ranked Juan Valdez as the best coffee. But therein lies the beauty of blind taste tests: To each their own. 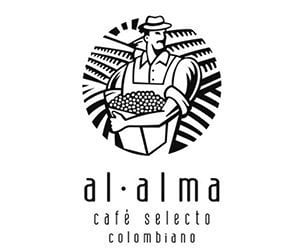 Café al Alma‘s medium roast was neither disliked nor loved by any of our tasters. It received slightly below average scores across the board.

This subpar result came as somewhat of a surprise. Based on all the positive word of mouth we’d heard about Al Alma, we expected more. Supposedly their brunch is really good, so maybe people who go there like their coffee through osmosis. 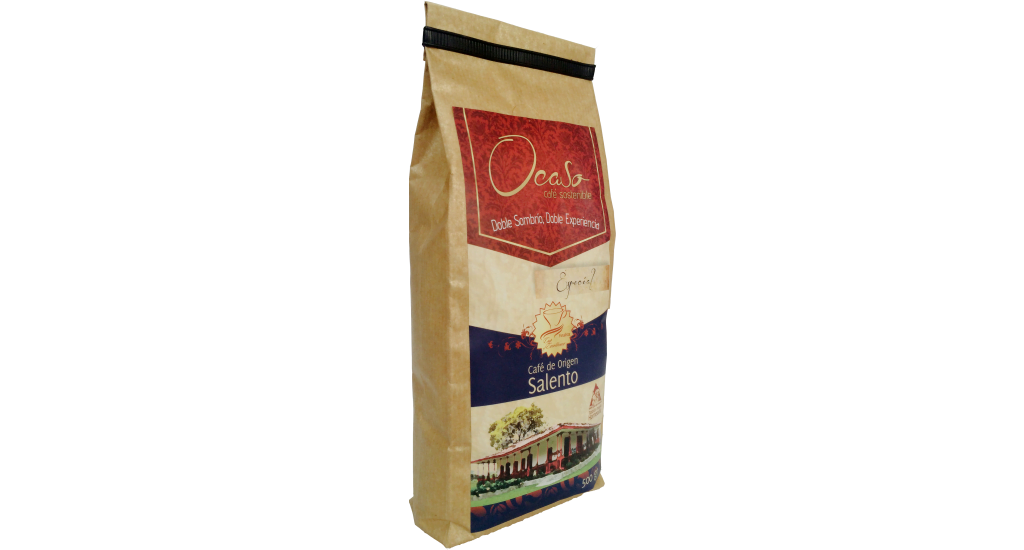 Cafe Revolución is perhaps the most popular café in Laureles for hanging out and getting some work done. Unfortunately, it’s medium roast coffee wasn’t quite as popular in our taste test.

It did have some big fans though, ranking second on two tasters’ scorecards. The others all ranked it between 5th and 7th.

On the odd chance you’ve got similar tastebuds to those who loved it, the coffee’s worth a try. And even if you don’t like the coffee much, at least you might like Café Revolución’s ambiance.

A much-praised café in Poblado’s Astorga neighborhood, Urbania Café also happens to be one of Juan’s favorite spots. Alas this wasn’t close to Juan’s favorite coffee, nor any of ours.

All tasters were remarkably consistent in their indifference to Urbania’s coffee, ranking it 4th, 5th, or 6th on every scorecard.

Juan was particularly surprised by this result. He suspects we might not have got their best batch. Visit Urbania Café yourself to decide.

Café de los Andes was Kim and my favorite place to hang out in Jardín (an amazing Medellin getaway), but I’m not sure we ever ordered plain black coffee. If we had we might have liked the place even more!

The consensus on De Los Andes’ beans was that it was a straight-up good coffee. Nothing crazy or exotic, just something you could give to anyone and be sure they’d enjoy it.

Don’t worry if you can’t make it to their café in Jardín. They’ve got a couple of branches here in Medellin too. But do try to go to Jardín. It’s worth it. 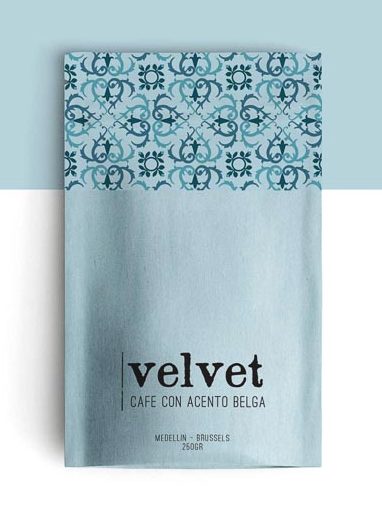 Tasters’ notes for Café Velvet’s coffee were all over the map, including “floral,” “dry vanilla,” and “cacao.”

Their scores were equally varied, ranging from being the favorite of one taster down to the third worst of another. Juan had it as his third favorite.

Finishing in third place overall should be considered a great success for Velvet, but they probably won’t think so. That’s because it was beat out for second place by the narrowest of margins—a single point!—by its archrival from across the street…

But it didn’t win.

There’s a new sheriff in town…

The Best Coffee in Medellin 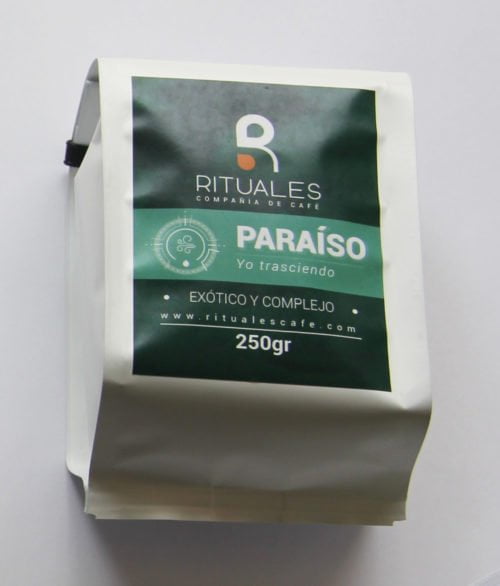 In my extensive experience with blind taste tests, never before have I seen such a runaway winner as Rituales’ coffee.

Seven of the nine tasters ranked Rituales’ coffee as their absolute favorite and the other two had it second. These results leave zero doubt as to which is the best coffee in Medellin.

Even better? Rituales’ beans are actually grown right here in Medellin, on the hillsides of La Sierra neighborhood.

In Medellin? Try The Coffees Yourself!

Use this downloadable map to find all the cafés listed above and decide for yourself which is the best coffee in Medellin. To save it to Google Maps on your phone, follow the simple instructions we covered here.

We wish we could have included more cafés including:

We’ll have to include them all in a mega round two!

Want Your Own Medellin Coffee Experience?

If you’re interested in having Juan take you on you own coffee experience, he’s available! A two-hour tasting session with The Coffee Hunter himself is only 60,000 COP per person.

Or for an even more immersive experience, join Juan at his coffee farm! During this 4-5 hour tour you’ll discover the entire coffee production process from fruit to cup. You’ll also be able to drink unlimited coffee, enjoy a snack, and take home a souvenir. It costs 180,000 COP per person (minimum 4 people) not including transportation.

In Laureles and don’t have much time? Try the Urban Coffee Tour through Kory Cafe in Laureles. They have a 3 hour coffee tour (10am-1pm) where you’ll learn about the history of coffee, how locals and baristas drink coffee and be able to head home with half a pound of top quality Colombian coffee. Check out their website here for more info.

In addition to finding the best coffee in Medellin, we’ve already tested the best Colombian beer and the best (or least bad) Colombian cheeses and aguardiente.

And How to Have a Blast Conducting a Blind Taste Test to do your own!

A couple of curious Canadians who’re having a blast pursuing the status whoa instead of the status quo.

Join us on an unconventional exploration of a new topic every month.

Find the Best of Medellin:

💭If only we had a home... A continuation of our

🎁 Our Christmas gift to you! A new blog post..

When you’re tuckered out from holiday parties an